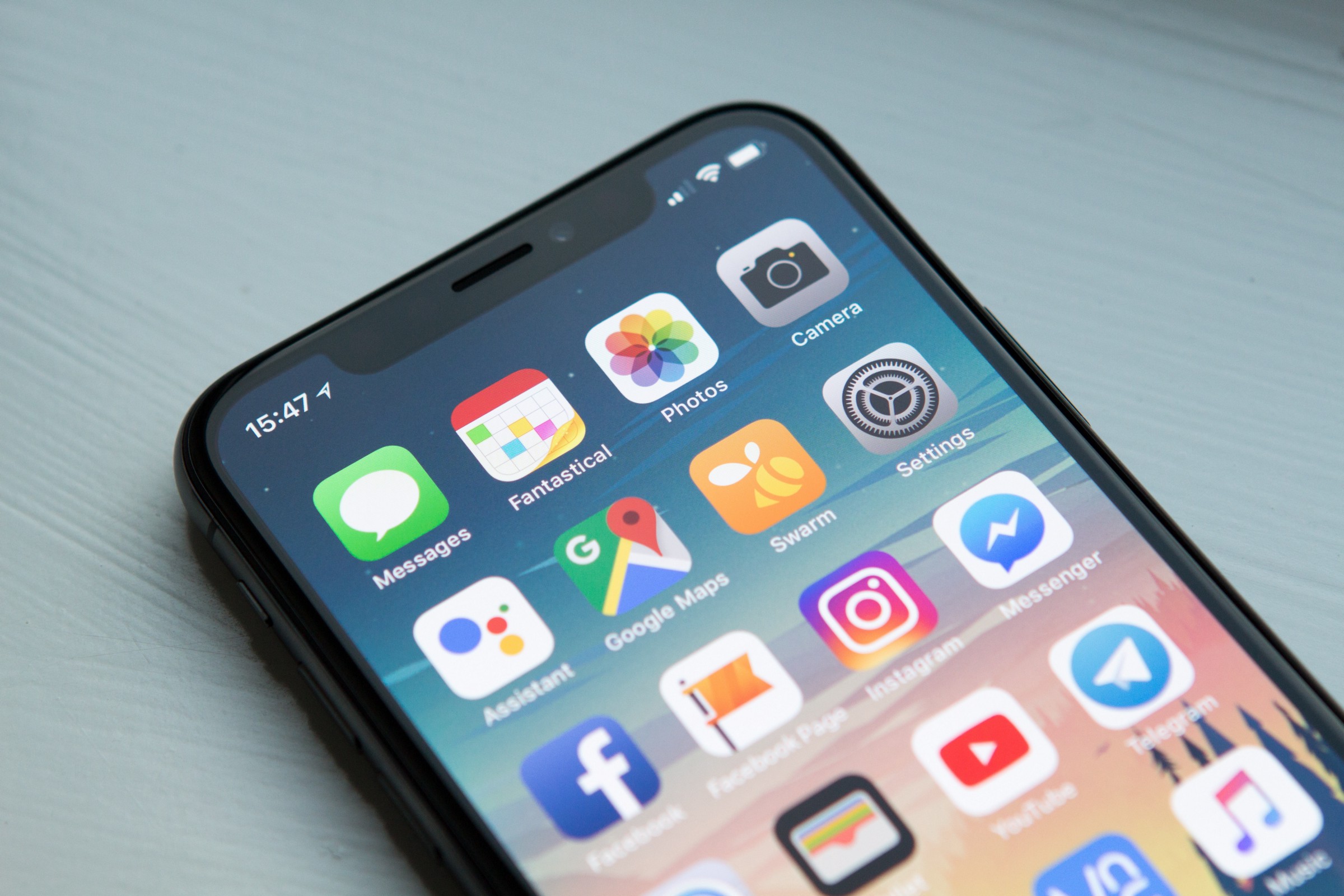 CI/CD for Android and iOS Apps on AWS

Mobile apps have taken center stage at Foxintelligence. After implementing CI/CD workflows for Dockerized Microservices, Serverless Functions and Machine Learning models, we needed to automate the release process of our mobile application — Cleanfox — to deliver features we are working on continuously and ensure high quality app. While the CI/CD concepts remains the same, its practicalities are somewhat different. In this post, I will walk you through how we achieved that, including the lessons learned and formed along the way to boost your Android and iOS application development drastically. 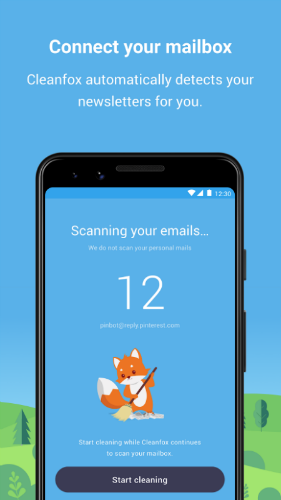 The Jenkins cluster (figure below) consists of a dedicated Jenkins master with a couple of slave nodes inside an autoscaling group. However, iOS apps can be built only on macOS machine. We typically use an unused Mac Mini computer located in the office devoted to these tasks.

We have configured the Mac mini to establish a VPN connection (at system startup) to the OpenVPN server deployed on the target VPC. 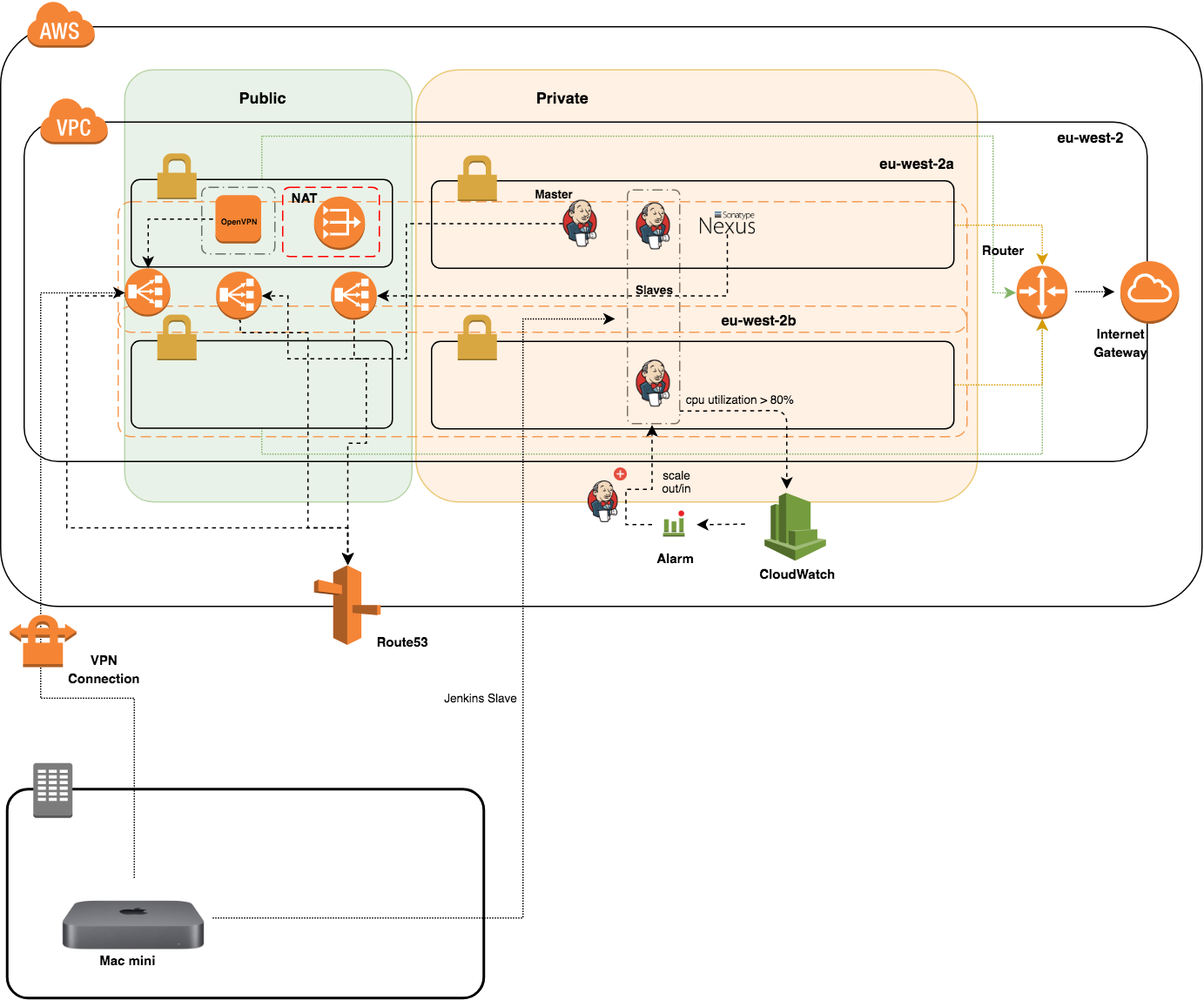 We setup an SSH tunnel to the Mac node using dynamic port forwarding. Once the tunnel is active, you can add the machine to Jenkins set of worker nodes:

This guide assumes you have a fresh install of the latest stable version of Xcode along with Fastlane.

Once we had a good part of this done, we used Fastlane to automate the deployment process. This tool offers a set of scripts written in Ruby to handle tedious tasks such as code signing, managing certificates and releasing ipa to the app store for the end users.

Also, we created a Jenkinsfile, which defines a set of steps (each step calls a certain actions — lane — defined in the above Fastfile) that will be executed on Jenkins based on the branch name (GitFlow model):

If a build on the CI passes, a Slack notification will be sent (broken build will notify developers to investigate immediately).

Once the pipeline is triggered, a new build should be created as follows:

At the end, Jenkins will launch UI Tests based on XCTest framework on Firebase Test Lab across multiple virtual and physical devices and different screen sizes.

We gave a try to AWS Device Farm, but we needed to get over 2 problems at the same time. We sought waiting for a very short time, to receive tests result, without paying too much.

Test Lab exercises your app on devices installed and running in a Google data center. After your tests finish, you can see the results including logs, videos and screenshots in the Firebase console. 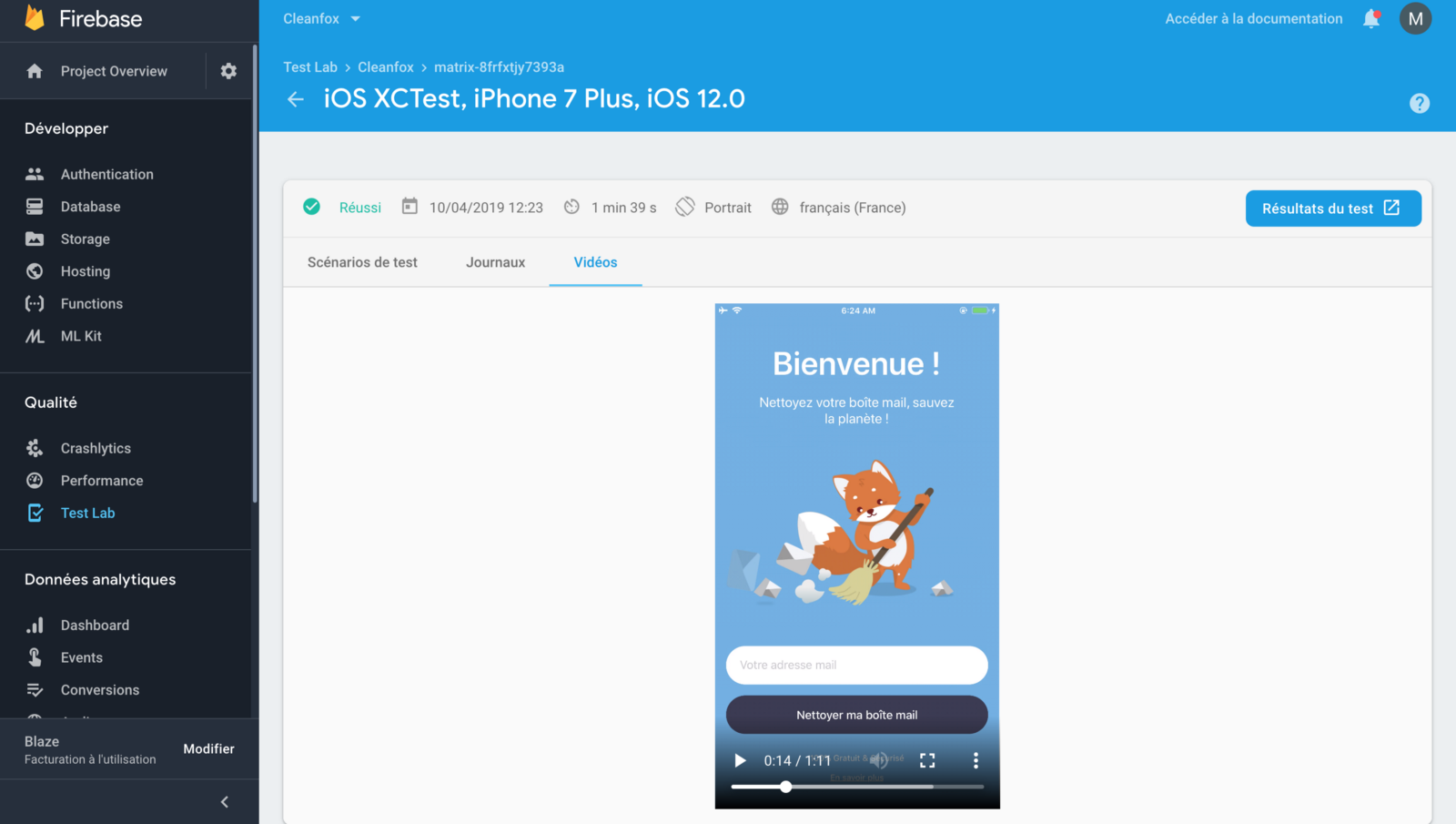 You can enhance the workflow to automate taking screenshots through fastlane snapshot command and saves hours of valuable time you’ll burn taking screenshots. To upload the screenshots, metadata and the IPA file to iTunes Connect, you can use deliver command, which is already installed and initialized as part of fastlane.

The Android CI/CD workflow is quite straightforward, as it needs only the JDK environment with Android SDK preinstalled, we are running the CI on a Jenkins slave deployed into an EC2 Spot instance. The pipeline contains the following stages:

The pipeline could be drawn up as the following steps: 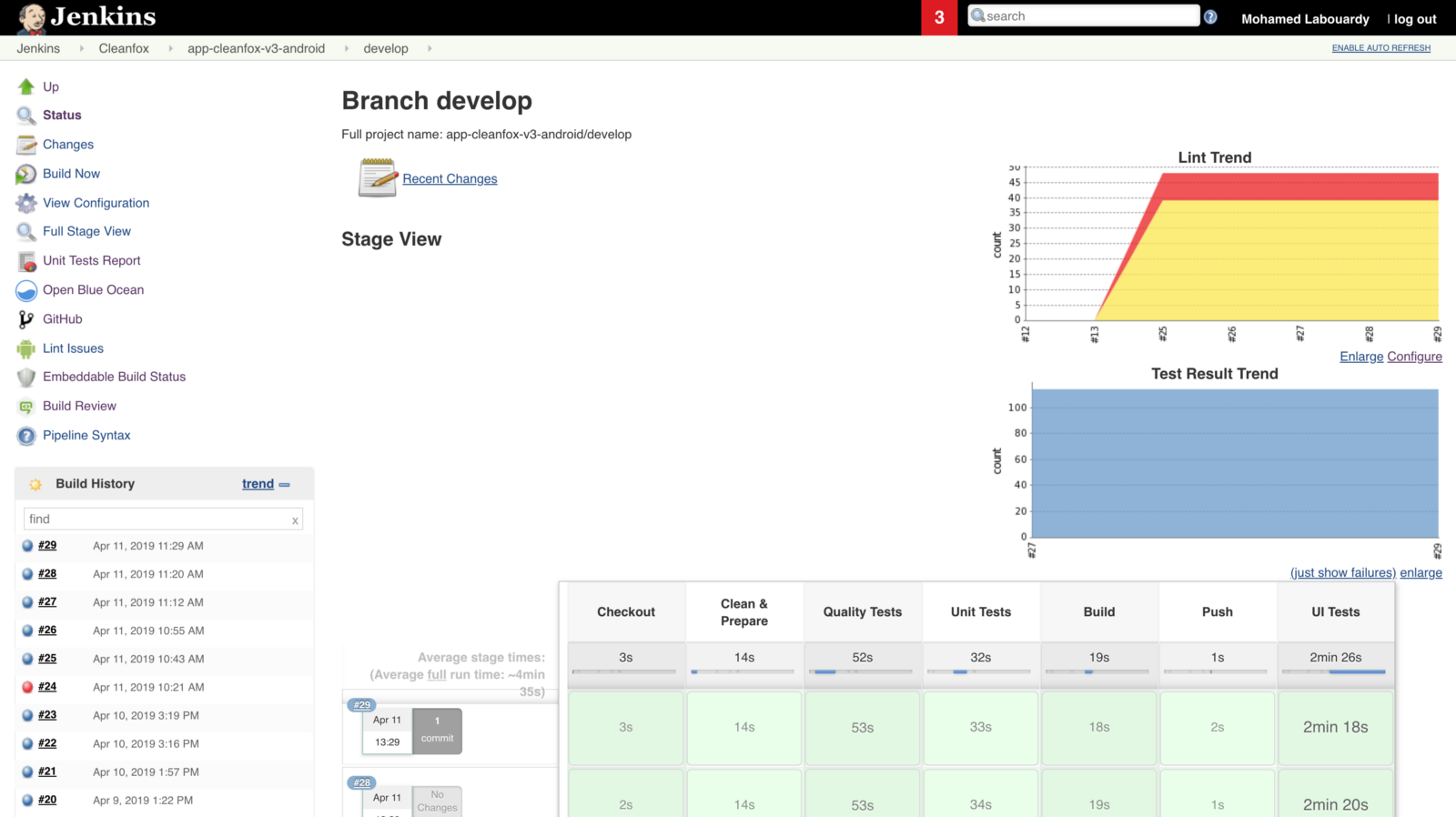 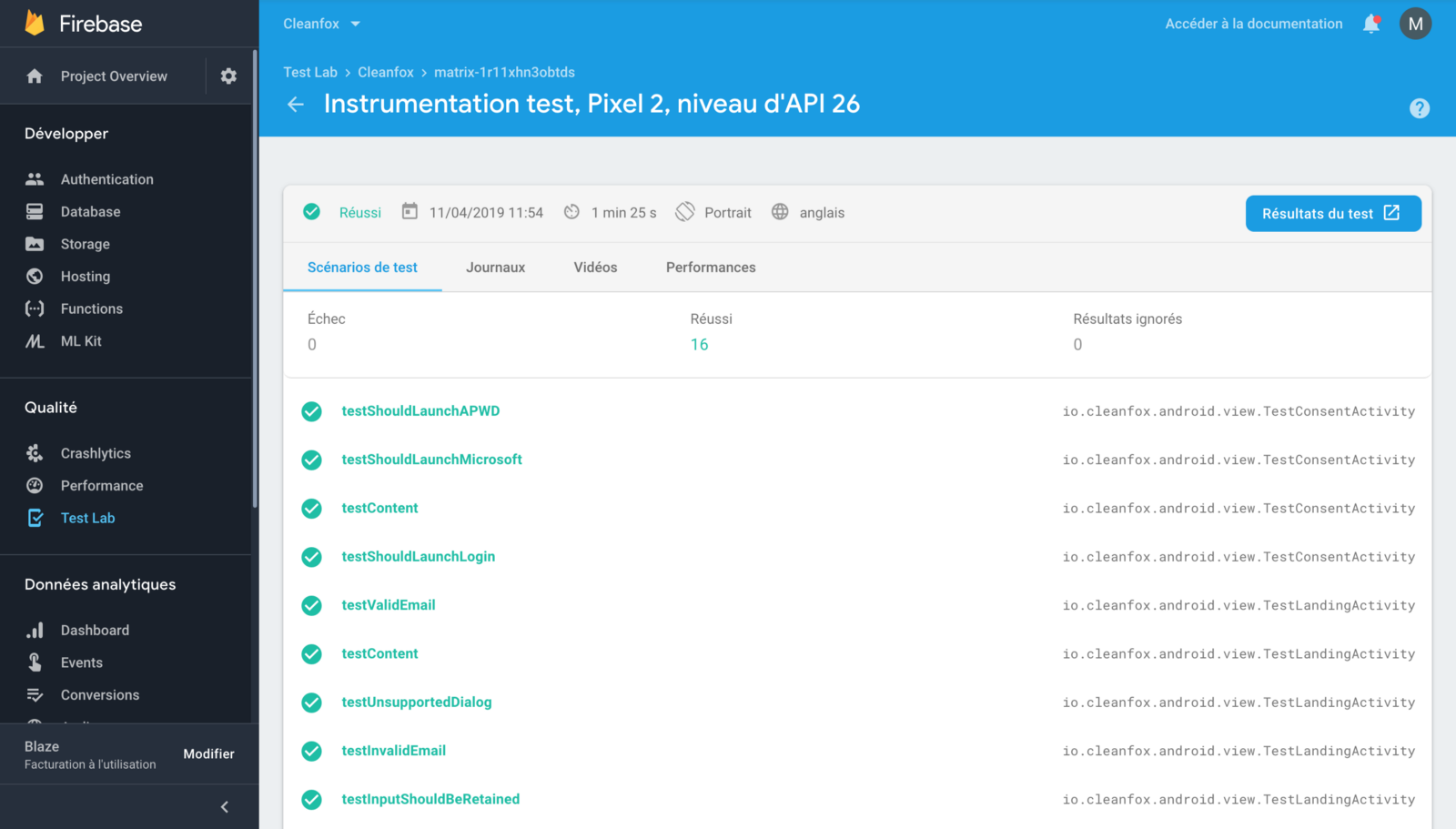 To bring down testing time (and reduce the cost), we are testing Flank to split the test suite into multiple parts and execute them in parallel across multiple devices.

Our Continuous Integration workflow is sailing now. So far we’ve found that this process strikes the right balance. It automates the repetitive aspects, provides protection but is still lightweight and flexible. The last thing we want is the ability to ship at any time. We have an additional stage to upload the iOS artifact to Test Flight for distribution to our awesome beta tests.