Few days ago, Google has announced the beta release of Flutter at Mobile World Congress 2018. A mobile UI framework to build native apps for both iOS and Android. It uses Dart to write application. The code is compiled using the standard Android and iOS toolchains for the specifc mobile platform, hence, better performance and startup times.

Flutter has a lot of benefits such as:

The Flutter application will call API Gateway which will invoke a Lambda Function that will use TMDB API to get a list of movies airing this week in theatres in real-time. The application will consume the JSON response and display results in a ListView.

Note: All code can be found on my GitHub.

To get started, follow my previous tutorial on how to create a Serverless API, once deployed, copy to clipboard the API Gateway Invoke URL.

Next, get the Flutter SDK by cloning the following GitHub repository:

Note: Make sure to add flutter/bin folder to your PATH environment variable.

Next, install the missing dependencies and SDK files: 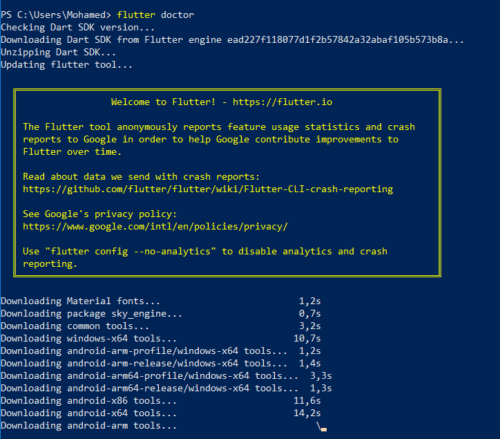 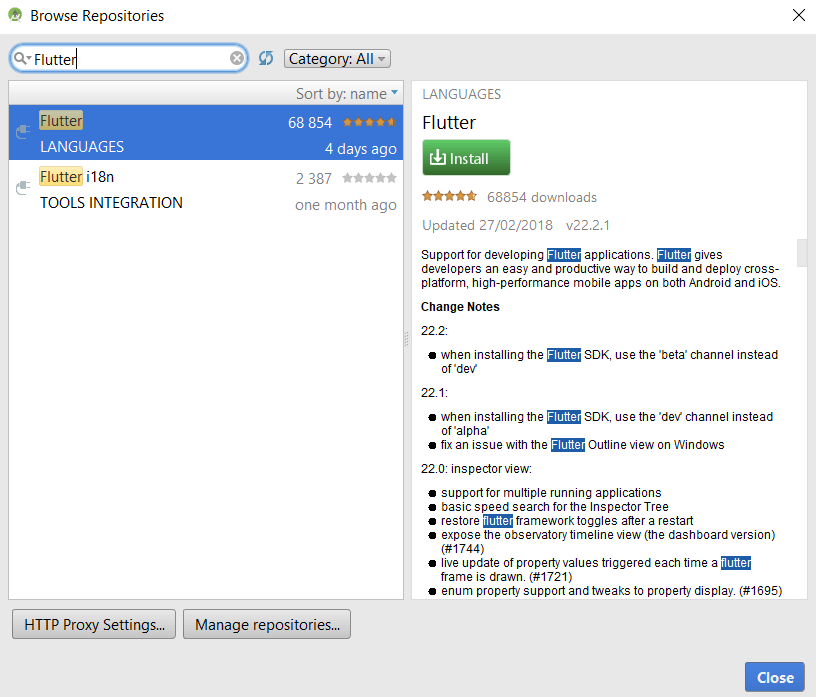 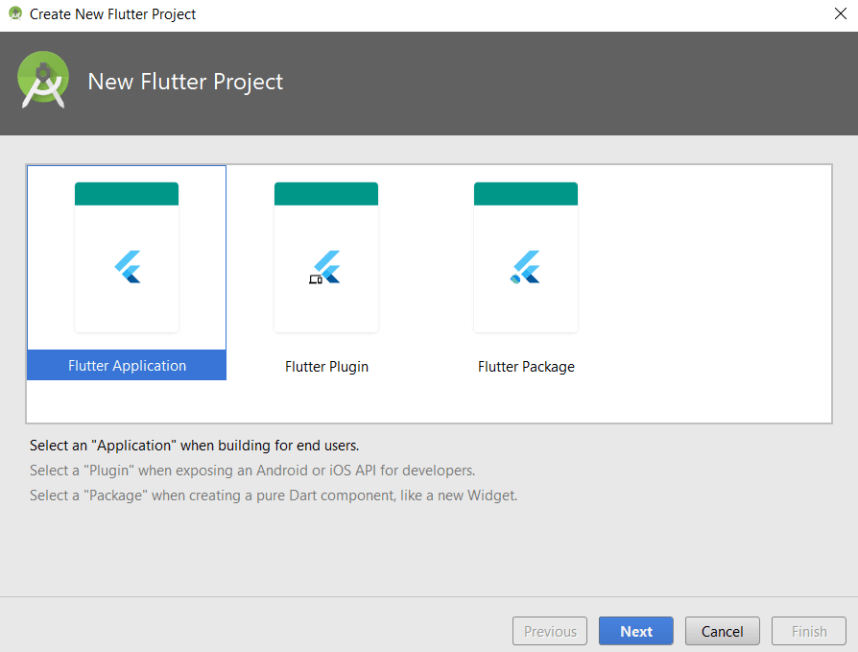 Note: Flutter comes with a CLI that you can use to create a new project “flutter create PROJECT_NAME”

Android Studio will generate the files for a basic Flutter sample app, we will work in lib/main.dart file: 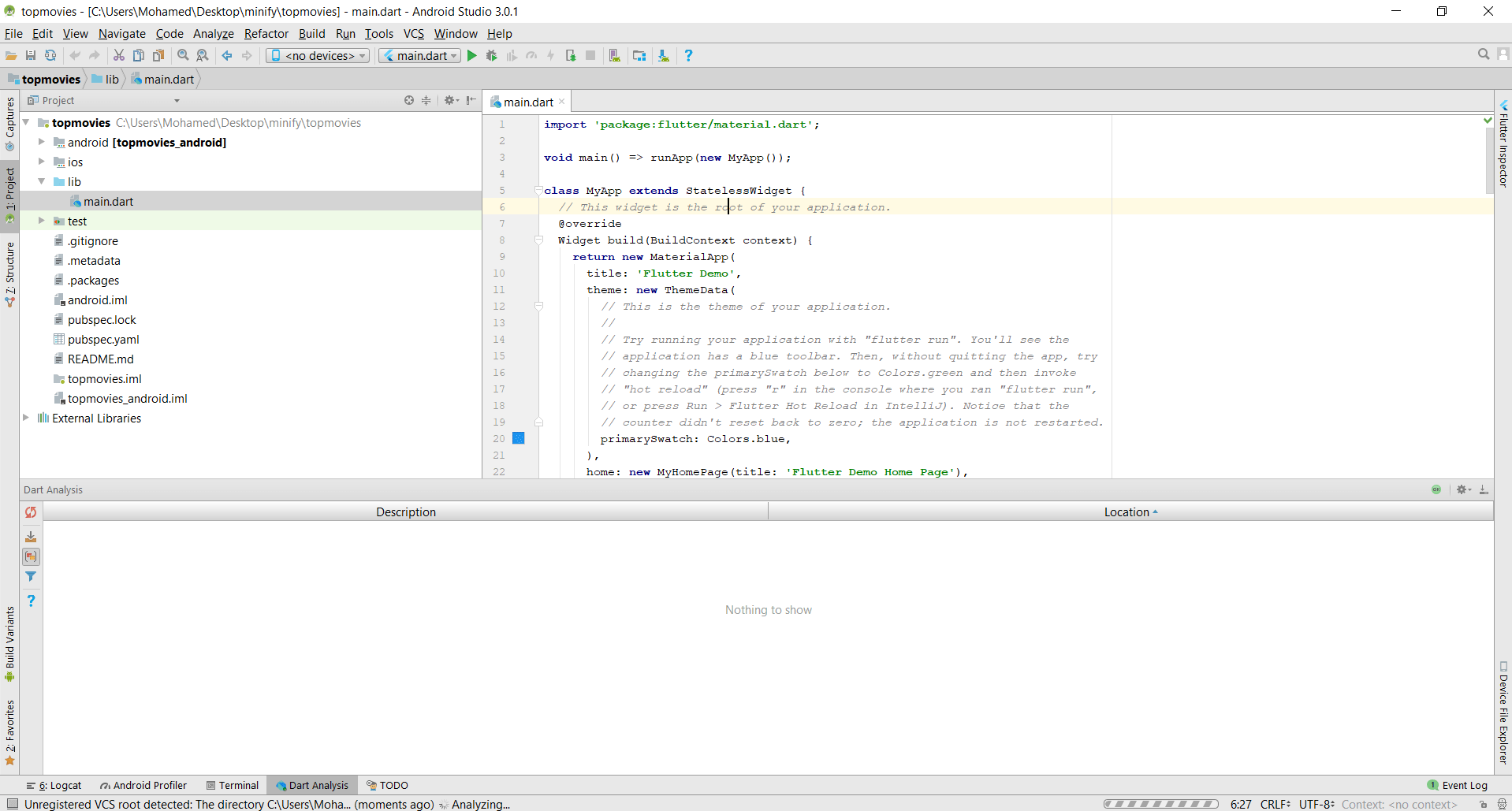 Run the app. You should see the following screen:

Create a simple POJO class Movie with a set of attributes and getters:

Create a widget, TopMovies, which creates it’s State, TopMoviesState. The state class will maintain a list of movies.

Add the TopMoviesState class. Most of the app’s logic will resides in this class.

Let’s initialize our _movies variable with a list of movies by invoking API Gateway, we will iterate through the JSON response, and add the movies using the _addMovie function:

The _addMovie() function will simply add the movie passed as an argument to list of _movies:

Now we just need to display movies in a scrolling ListView. Flutter comes with a suit of powerful basic widgets. In the code below I used the Text, Row, Image widgets. In addition to Padding & Align components to display properly a Movie item:

Finally, update the build method for MyApp to call the TopMovies widget instead:

Restart the app. You should see a list of movies airing today in cinema !

That’s it ! we have successfully created a Serverless application in just 143 lines of code and it works like a charm on both Android and iOS.

Flutter is still in womb so of course it has some cons:

But for a beta release it look very stable and well designed. I can’t wait to see what you can build with it !